It’s no secret that the overwhelming number of gamblers is men, and the developers of gaming machines are guided by them. According to some data, the male audience’s share among online casino visitors reaches 80%. Some scientists attribute this to the greater predisposition of men to risking and gambling. Others argue that the representatives of the strong gender of humanity simply have more free time and money they are willing to spend on getting pleasure. Be that as it may, the studios are developing new projects with a mandatory eye on men. But even among such titles, you can find slot machines with a special character. 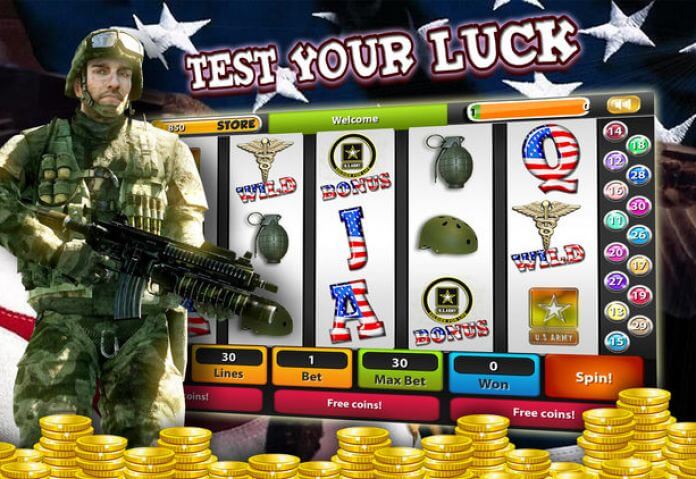 In 2013, iSoftBet unveiled two slots based on the story of two action movies released in the 1980s – Rambo and Platoon. The first uses a non-standard arrangement of the drums and live footage from the original film in drawing up the prize combinations (there are 720 of them in the machine). Knives, hand grenades, military equipment samples and the image of John Rambo appear on the reels. Before launching free spins, a player determines the symbol randomly, which is expanding in the free spin mode. A special bonus is given for the fallout of 5, 6, 7 or 8 gold lemons, in this case, one of the four jackpots is paid. 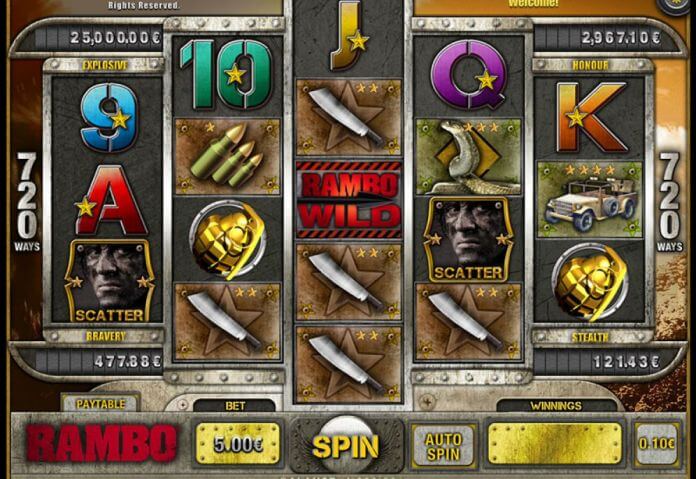 The film “Platoon” directed by Oliver Stone was much less successful in the post-Soviet space, but this picture entered the history of cinema due to the large number of Oscar and Golden Globe nominations. The movie tells the story of American infantrymen who participated in the war in Vietnam. Portraits of the main characters appear on the reels, which are located in the background of impassable jungle. 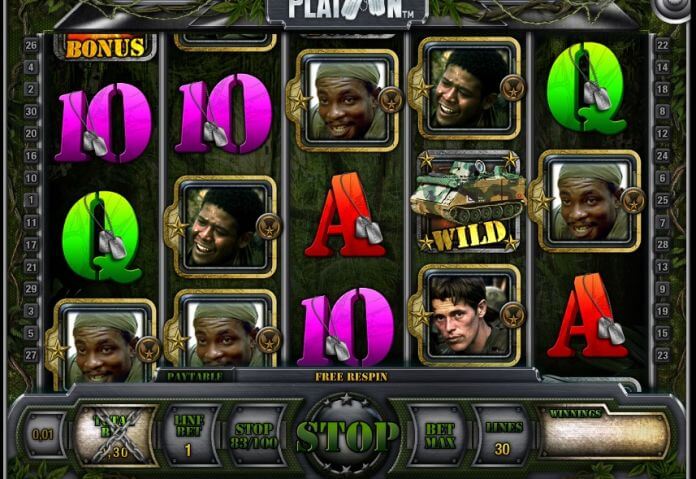 One of the ways to move through the jungle confidently is a tank, which is assigned the role of a wild symbol with a special function in the game. The appearance of the tank on the reels guarantees getting spins until the combat vehicle disappears from the coils moving with each rotation of the drums one turn to the left. By the way, any prize combo with a tank has a triple multiplier. And air support in the form of three, four or five helicopters launches 8, 10 or 12 free spins.

As in the case of ground forces, one company is responsible for the air force fleet in our selection. This time it is Playtech. Its first slot machine, Wings of Gold, is dedicated to WWII aircraft. On the reels, you can see the Spitfire supermarine, bomber, and fighter, resembling F-16. Their movement along the playing field occurs on 20 routes or paylines. The image of the pilot is a wild symbol, which expands in the free spins mode as well as when the Extra Win function is activated. The latter one is activated by clicking on the button in the upper right corner of the screen and automatically increases the rate by 50%. 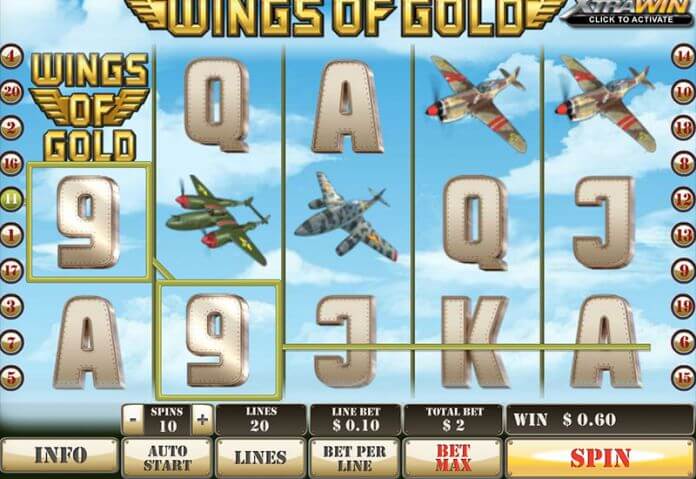 Having collected 3, 4 or 5 gold emblems of Wings of Gold, the gambler launches the Medal of Courage bonus. The player chooses one reward from three, after which it is determined how many free spins he will receive. There is a chance to activate up to 100 free spins!

The Top Gun slot machine is a licensed game based on the movie with the same name, so it uses episodes from a movie about brave American pilots and a melody from the official soundtrack. Highly paid characters are portraits of the main characters Goose, Aisman, Charlie and others. The most amazing thing is that the video slot does not use the image of the central character of Maverick, whose role was played by Tom Cruise in the film.

The real air fight is realized in the game using the Dogfight Wilds function, which is activated at random and causes a fighter to appear on the screen, which fires rockets along the reels of the gaming machine. As a result of the explosion, the usual characters change to wilds increasing the chance of getting a big win. This mode is also available during free spins, which are issued for three scatters in the form of a military aircraft.

The real naval battle takes place in NetEnt’s Silent Run Slot video slot. The player is invited to try on the role of the commander of the submarine. The game has excellent graphics and sound effects, but its main advantage is the bonus round of the Echo Bonus Game, which reminds older gamblers of the most popular in the USSR slot machine “Battleship”. 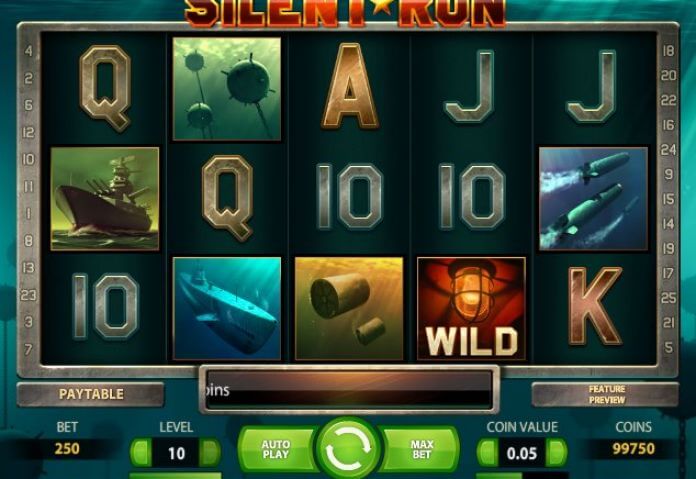 The bonus symbol in the form of a green radar determines the number of targets, after which the periscope viewfinder appears on the screen through which enemy ships are visible on the horizon. A player can use from 2 to 5 torpedoes, and he must choose which military ships to open fire. The cost of the ships goes to offset after their destruction. In addition, each subsequent start has an additional multiplier.

The Battleship Direct Hit slot machine is based on a popular table game played in the west. The developers of Red 7 and WMS as part of SG Digital took the Megaways system as a basis, where the total number of combos reaches 117,649. Rackets appear on the drums and they are aimed at different parts of the battleships located above the game field. Destruction of the enemy allows you to earn from 5 to 50 free spins depending on the importance of the ship.

Of course, the harsh men’s games are not limited to the above list. Speaking of entertainment focused on the strong half of humanity, it is impossible not to remember a game Garage and Resident from Igrosoft, one of the most famous Major Millions progressive jackpot slots with military symbols from Microgaming, NetEnt’s one hundred percent cowboy hit and many other games too. They have deserved the recognition of gamblers not only because of the unique features. Each of these machines has a special character, which is appreciated much more than bonuses.

Have a question? Our panel of experts will answer your queries.Post your question